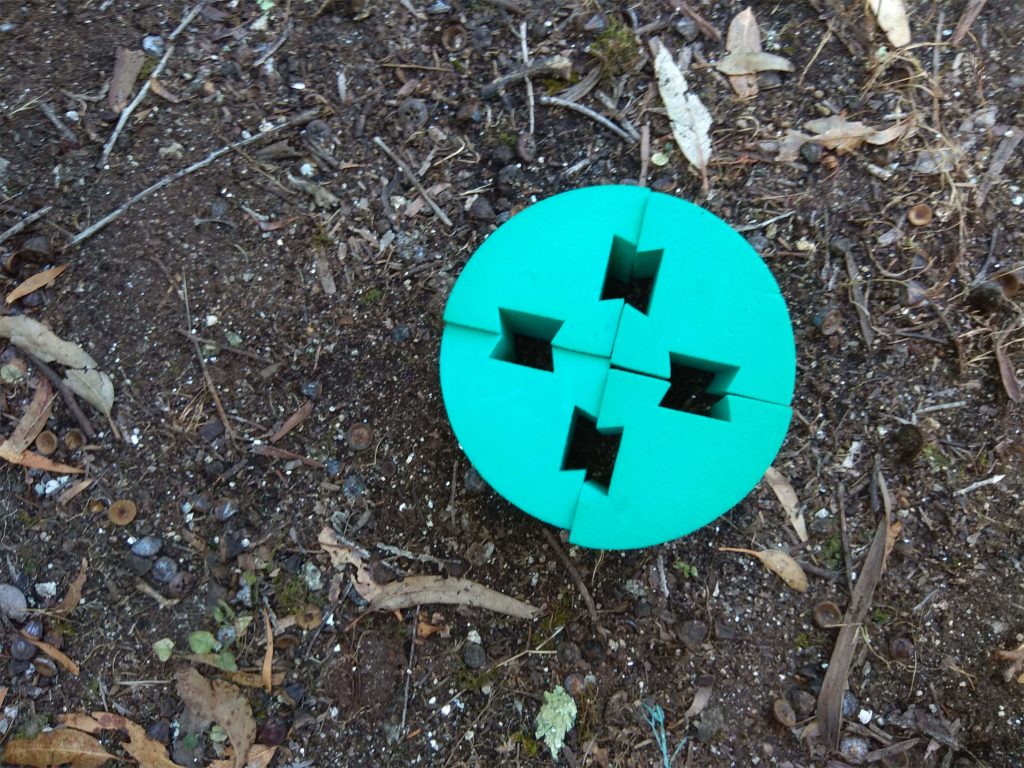 A musical island, that is what San Simón becomes one weekend a year. And there we were, at the bottom of the Vigo estuary, in the Galician summer, surrounded by ancient trees and with provisions of food and drink “dabondo”. Nobody knew who would play those days, but what was clear was that there was going to be an atmosphere, that we would have a great time and we would like to repeat it. And it is that the site is not very big but still full of spectators it becomes wide and relaxed, the place and the environment are taken care of, all the participants are taken into account and, on top of that, it is reached by boat. What else?

Among the attendees, a lot of intrepid families, or what is the same, many people (of all ages) eager to play big. And for that we were there. Lupo system with art and Garabato colleagues hand in hand colonizing the space, by land, sea and air! Throughout Saturday and Sunday, with children and adults, we designed, assembled, disassembled, adjusted and built without stopping everything that we thought could be needed and there were not: small shelters-cabins for little brothers and little sisters, towers, forts and geodesic domes under which we could even camp. The star project was the specific scenario for the family audience, a macro-structure of Palitroques hanging in the middle of a grove of fruit trees, under which Esteban & Manuel acted for us while the sun began to fall. Go enjoy, the best prize for an afternoon of work.

The island was too small for us, and we wanted to conquer the sea, so we set up some structures in a canoe and one after another we went sailing, nobody comes close to our conquered island without seeing our floating architectures!
While this happened in the south of San Simón, to the north, on the island of San Antonio, another group of robinsones wanted to know sustainable construction techniques, even if it was at the cost of staining and soaking (playing with water and mud in summer, how fatal …) We learned the technique of “pallabarro” that, with natural and immediate materials (straw and mud), allows to build small constructions made by ourselves. There we were, mixing, draining, formwork and demolding piece by piece, to let them dry in the sun before putting them into use. The result? A new technique learned, a lot of new Lupo parts, smiling and dirty faces and zero environmental impact.

Everything that surrounds SinSal is mysterious and wonderful, that’s why it is not possible to promise anything, but maybe next year we will see ourselves again in the islands willing to play a lot, learn more and have a better time, if it is possible. I wish yes!

The weekend of October 6-7 was the Autumn Sinsal at the Museo do Mar de Galicia, in Vigo. And as they promised us good music, good architecture and good sea we did not even have to think about it and there we presented our didactic, a lot of pieces and palitroques and camera.

The plan was to follow the idea that Aldo Rossi and César Portela had when they proposed the building: what better way to make a museum on the sea than putting the Vigo estuary around us in the exhibition space. They opened windows on the walls to create living pictures of marine scenes, we started building our windows but creativity, inspiration and a little madness were derived in the intervention on the architecture itself. The boys and girls, and some older spontaneous, set out to modify the gaps with lattices, partial bricklaying, anthropomorphic sculptures … All to maximize the concept of “window”, the maritime environment and the foam itself green.

Encouraged by the success of the project and already with confidence among us we decided to make a replica of the characteristic facade. “Niquelao”. It is true that there was an anecdotal collapse, about a small worker who took a bath of pieces of foam, but both the process and the result would have enchanted Rossi himself, clearly.

When the space itself is so good it is great to see how it becomes the object of the dynamic and the excuse to not stop playing. So, without realizing it, they spent 3 hours without stopping to do and undo and a lot of photos that do not come to do justice to what happened there.

To work like that, and with background music, is the most. You will continue having us ready to appear in the Sinsal that arise and in the Museum of the Sea whenever it is.

And another summer that we repeat! On the weekend of July 26-28 we presented ourselves with all our tools on the island of San Simón. he Sin Sal Festival returned to meet there. as since 2003. We ride all our Lupos and Palitroques on the boat and join the 800 people named there.

Space, art and pedagogy will be treated based on the analysis of practical cases of Navarre reality, the result of the joint effort of different organizations.